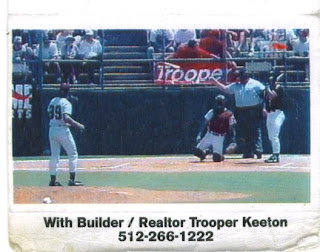 The great white hope season of the 09 Texas Longhorns followed the script of the boxing movie to a tee as in tee sip. If you saw the film the unsuspecting fighter is told he has to take a dive in the title fight because all his fights had been fixed. For the 09 Horns the first apparent fix was moving the Tech game up to face a unseasoned Taylor Potts. The game was secured by letting three of Randy Christel's crew members officiate. During the first half of the OK State games ESPN jumped into the script by telling the announcers to can it about the calls going for Texas. The icing on the cake to this business was when Big 12 rules were violated by putting time on the clock after the game was over to allow the wining kick.
Well Colt McCoy did not really take a dive but the injury added to the script. The injury almost leaves it undecided as to whether the season was a set up. However, Colts injury may have been off set my Ingram's injury. In case you did not notice the Heisman Trophy winner sat out about two quarters with a hamstring pull and had to fight through the pain on his last Score.
Posted by The Blog at 10:50 AM

Fast says... Yes Karama does exists in football. And it is more often than not instant. Thanks for your response, Fast.