When Max Brown slipped Colt McCoy passed officials and infected Taylor Potts and the Texas Tech Red Raiders did he violated proper Sportsmanship? Most Raider fans say yes. It is not known just now many Red Raiders were sicken before the game Saturday with the Houston Cougars. Potts was caught on camera suffering from the early stages of the disease with sinus congestion.
Posted by The Blog at 2:32 PM No comments:

Well kids in case you wonder what the whole wide world saw. Here it is. Coach Leach was right to go along with moving the game up for TV. Everyone not wearing orange blinders saw the flag, the Red Raiders getting the ball back, and going on to score and win. This plus all of the money calls against Tech, Coach didn't have to say a word.

www.youtube.com/watch?v=H_epWlIIVpI
Posted by The Blog at 11:04 AM No comments: 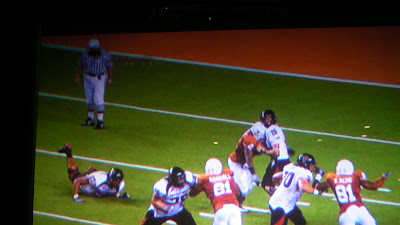 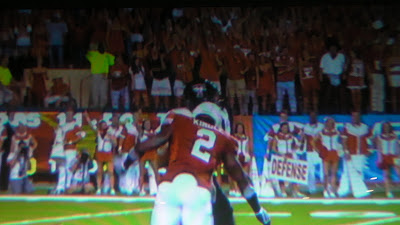 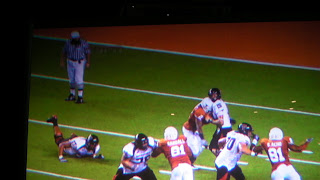 Dear Ms. Halliburton thank you for covering for me. I wish we could go back and review the helmet to helmet hit by Kindle on Potts with the score 24-17 with just under 12 minutes to play, as you described it. The problem is DVR and TEVO. Not the Florida player but the recording feature on most TV’s now a days. If I thought you could change the replay to show as you put it , “Kindle hit Potts chest high. The hit was so emphatic that Potts’ helmet flew backward.”, I would. But as the replay shows he ear holed him. I wanted to throw the flag but it would have given Tech the ball first and ten with fifteen yards tacked on. The National Championship trophy was sitting on the line lines and it would have been long gone if those cotton picking Red Raiders would have gone on to score and tie the score. I could not have been responsible for the Longhorns being upset again this year. The Raiders had too much momentum going to throw a flag. Yes I know we could have picked it up later like we did last year on the block in the back violation, but believe me that would not have looked good. On top of that I did not know if Potts would recover from the collision. When the contact was made I heard something crack. I was afraid it was his neck.
Sorry to the Red Raiders and the Potts family but another factor I had to consider, the crowd was roaring. Finally the highly touted Kindle had made a big hit. If I had of throw the flag he would have gone from hero to goat. So lets go on and rope us another National Championship. Oh! I just woke up. I wasn't officiating last night.Tk
Posted by The Blog at 10:38 AM No comments: 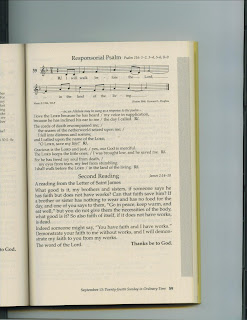 Sorry people but I don't think you can omit this bible verse. It's the second reading from James 2:14-18. Just call me the old bubble burster. Click on and above attachment then scroll down to read the what should be good news to some.
Posted by The Blog at 6:27 AM No comments: