Ban TV and Film not Internet 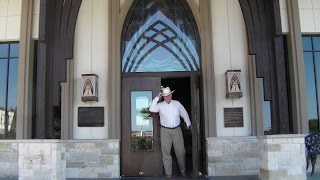 Subject: Cathars: The Bad Men
Regarding the PBS video: The Secret Files of the Inquisition

The good men were not good. Sex between men and women including married couples was considered the work of the devil. The book "The Characters of the Inquisition" lets on to other evils of this cult. If there had been no church, the state would have gone after this bunch. Just like we went after John Wayne Gacey. Early Catholics did understand Latin, I did as a altar boy. This business of the Cathars was not changing needs of the people it was a scam. These Cathars were not a threat to the Catholic church they were merely nasty heretics. And two million did not die while flushing out these weirdos. The inquisitors were like skilled lawyers trained to get the truth out of these God awful people remember they were a secret cult. Like the woman in the film carrying around two umbilical cords, wonder were she got them? Were they the stolen remains from a sacrifice supplied by a married couple?
>>While watching this anti-Catholic PBS video I began to sell a rat. The smell lead me here and my first clue was first reading about the foundation that financed the money. The couple are big contributors of Planned Parenthood and being a pro abortion bunch that puts them at odds with the Catholic church and most Christians. So here we are today instead of the Cathars vs. the Christians we have the abortionists vs. the Christians again.
>>
>>
>>
>>Ps: The so called indura is a natural act where the body shuts down and one quits eating. My father a good Catholic was not condemned for this natural act. The commendation was the Cathars defiance for not going to the real Priest for finial blessings. And about the sinful so called Priest in the video I am sure there was no love lost when he was arrested. Did you notice that he was actually a Cathar and not real a priest. So what about all the other so called good men (self pro claimed Good Men); what do you suppose they were up to?
Posted by The Blog at 12:09 PM No comments: