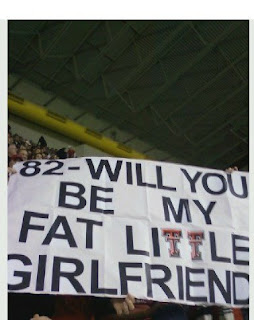 The headlines read Mike is suing ESPN for defamation and ESPN's newly crowned golden boy objects. ESPN convicted Mike on the television without considering both sides. Even after Mike's side started to surface they still continued there assault. Remember days and days of those ugly ticker tape messages on the lower portion of the screen that went on for eternity. It was Adam James being confined to a dark electrical closet that painted a picture similar to a Bush/Cheney enhanced (not Kent Hanced) interrogation.
Now my question is why has Craig James been given golden boy status. His son has been scorned on campus, he, Craig James has played the lead role in Texas Tech's most winning coach being fired. This was and is not good publicity with the football crowd. Most football people are a bit like the military when it comes to doing what the coach tells your kid to do. You don't mouth off and you certainty don't show up to practice with your gimme hat on backwards sporting shades and an attitude. There will be more on this in my book I am currently writing about the great game of football.
Could Craig James new found status have a tie to the lucrative UT television contract lying on the table. Contrary to the tea party's accusations that Obama has turned the US into a socialist country. No Virgina we and especially the television networks are still capitalistic and competitive as ever. Are you starting to get the picture. ESPN is considering to contract in a big way with UT and you got this upstart out in Lubbock that fouled everything up in 08 and has a coach that is a huge threat to the deal. The TV deal requires that the University of Texas in Austin be completely dominate of all the other Texas Schools.
So what to do to secure the deal? Well you have a helicopter parent already employed with the organization. And his kid is not getting thrown to much at all. Perfect have the boy and the daddy push the coach to the limits, get him fired and presto chango. Then have the want to be tea sip chancellor fire the coach (shades of the Jackie Sherill firing) then bring in a run orientate old coach for a couple of years and everything is a go.
Posted by The Blog at 3:36 PM No comments:

Yes I am going to opt out today just like Vietnam. Now before you start throwing stones for the record I flunked my physical. After four and a half years of college deferments I was forced to report to Fannin St. in Houston for my physical. No one would hire me because of my draft status. Let me continue to be honest unlike Bush, Chenny, Rummie, Rowe and all those other chicken hawks I will admit I did not want to go. I thought it was based on a false premise just like the over blown security in the air ports.
The current hubbub is based on three big thingies; the shoe and underwear bombers, and the three Larry Silverstine buildings that all fell down like Dumpty on 911. Correct me if I am wrong but I have been told that the explosive in the shoe had to be detonated like the buildings but on a smaller scale, a match would not do it. The underwear stooge was chaperoned into the country and onto the plane much like the dupes who flew the planes into the buildings. I have also been told that the explosive laced undies could not have brought a plane down. On the only three steel enforced buildings in all the world in all of time that are believed by some to have fallen at or near the speed of gravity without the aid of explosives, I must refer you to www.patriotsquestion911.com
So again as others make great sums of money over all these again, "I Opt Out".
Posted by The Blog at 9:42 AM No comments:

Corporate Influence Let'em Vote for Us!

Farming with Dynamite
http://www.fourmilab.ch/etexts/www/dupont/FarmingWithDynamite/Limage01.html
Posted by The Blog at 8:25 AM No comments: 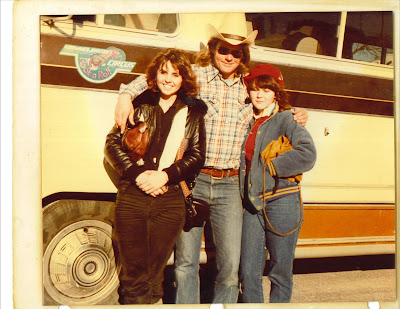 One morning as a teenager my mother noticed my extreme thirst as I guzzled water from the frig. Later in the day when I was leaving for more destructive behavior, she asked me if I was going out for more of that dog that bit me?
So I ask, outside of high level Corporate execs and non working stock holders, what are these so called conservative voters doing voting for those dogs that bit them? Tk
11/3/2010 4:49:44 PM
Posted by The Blog at 1:52 PM No comments: